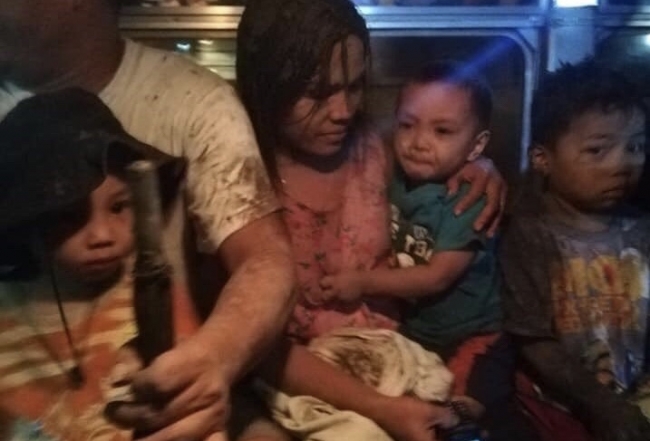 On January 12, 2020, there was an eruption of Tar volcano in the Tagaitai region, 60km south of Manila, the capital of the Philippines. In the 1990s, when I grew up, the eruption of Pinatubo volcano caused widespread ash to be scattered, and I remember that there was damage other than people living around the volcano. In Japan, little details are reported, and articles and content to collect the number of accesses on SNS and the Internet stand out in multiple languages, but there are many people who have lost their agricultural products, housing, and work due to the eruption of Tar Volcano. The number of people affected is 120,000, and the amount of economic losses is 14.2 billion yen, which has affected agriculture, tourism, and service industries.

On January 12, 2020, in the Tagaitai region of the Philippines, some 60km south of the capital city of Manila, the Taal Volcano suddenly erupted spewing ash and creating widespread damage around the region. As a boy growing up in the Philippines in the 1990s, I remember a similar eruption of the Pinatubo Volcano which also caused a widespread scattering of ash and extensive damage that affected many people in the region and not just those living close to the volcano.

The eruption of the Taal Volcano has greatly disrupted the lives of some 120,000 people through damage to housing, disruption of agricultural production and loss of gainful employment for local citizens amounting to economic losses estimated at over 14 billion yen. Yet, in Japan, there has been minimal reporting on the Internet or through SNS access covering the impact of this disaster.

Maybe you've been to the Philippines, and you may not have been interested in the Philippines at all, but if you don't mind, I would appreciate it if you could support and donate for a lot of people who are in trouble.

There are a lot of articles in English, but I started this project because I couldn't find a site that I could support with peace of mind because I didn't know if they were worried about me from Japan or where to donate. The amount of money is not a problem, and I am very happy if you can share it within the economic ally.

There is a lot of information available in English covering this disaster, but I decided to start this project because I felt the reporting didn’t go far enough to really describe how extensive the damage is and the hardship it has created for people living in the disaster zone. Also, I could not find a means to donate to help the victims of this disaster, so I decided to try myself. The amount of money you can offer is not important. Any amount one can offer to help is a big help and very much appreciated!